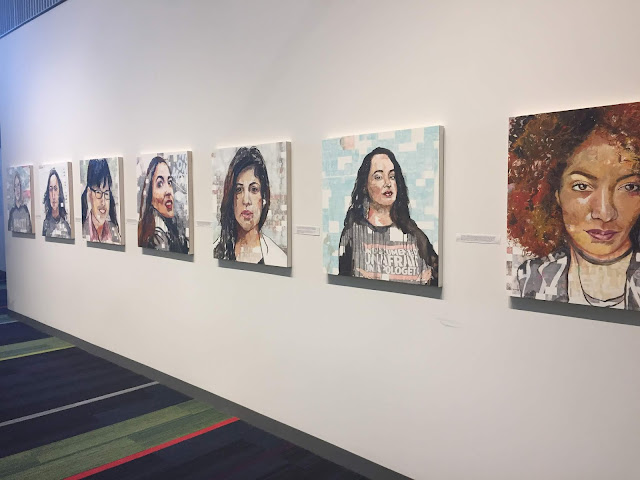 On view through May 11th at Amazing Things Art Center Framingham MA
#Sorrynotsorry Women have mastered the apology, but do they really have anything to apologize for? Sorry, but we don’t think so.
Unapologetic {Sorry}is a juried exhibition for all Women & Femme artists in our MetroWest community to showcase their work in Gallery160.

Posted by Missartzy at 8:22 AM No comments: 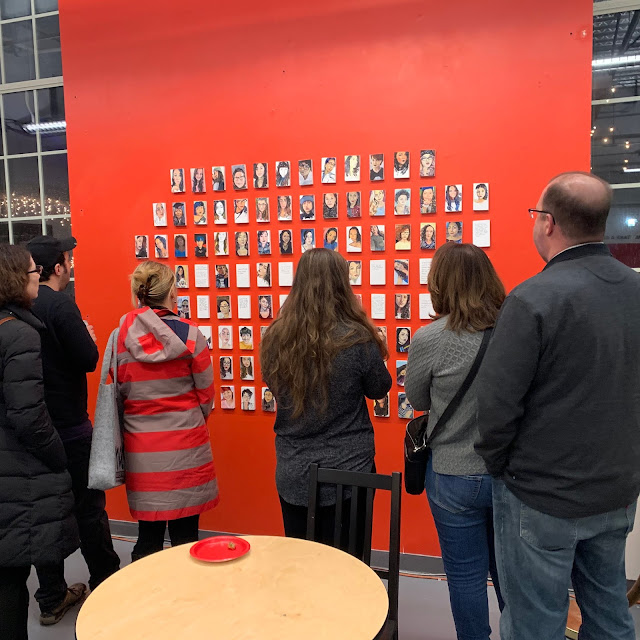 Perceptions of Self(ie) leverages art and technology to address equity, diversity and inclusion through a community building public art exhibition. The project challenges perceptions around art making accessibility in today’s digital age by utilizing the ubiquitous “selfie” in conjunction with the more traditional self-portrait art form – both of which are displayed side by side throughout the MCA galleries. The exhibition takes place in all three of our gallery spaces located throughout our 30,000sq ft facility and extends through the community with the installation of large-scale posters and banners designed to feature the broad array of faces on view in the Perceptions of Self(ie) exhibition. 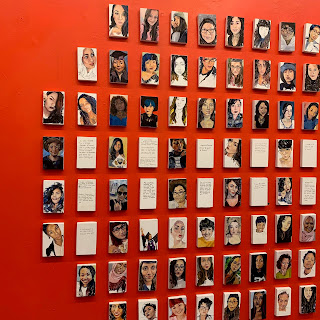 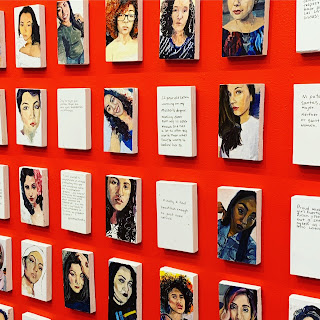 Posted by Missartzy at 8:16 AM No comments: 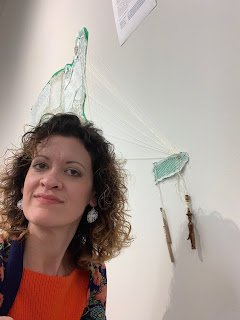 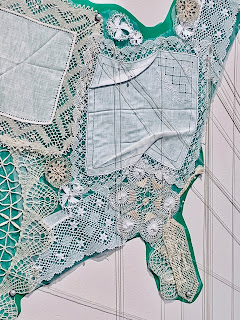 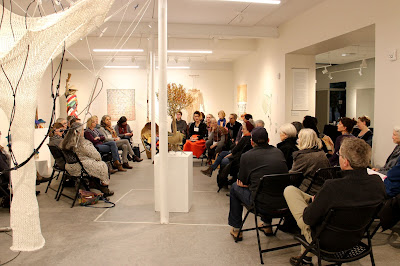 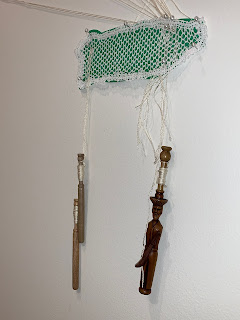 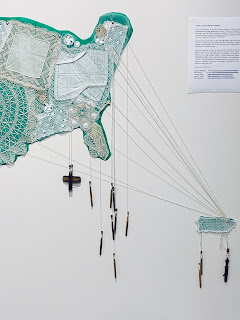 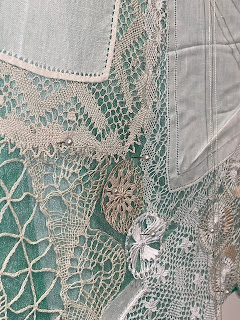 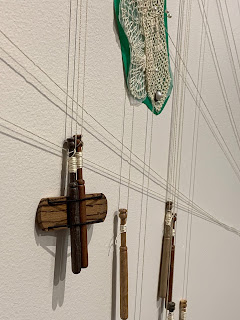 Artist statement
Since the beginning of the 20th century migration of Puerto Rican needleworkers had been appealing for women in Puerto Rico. Operation Bootstrap in the mid-1940s was program intended to contour the related non-sequential flows by further encouraging manufacturing facilities on the island and cheap labor migration to the mainland.
Hurricane Marias’ devastation in 2017 made PR visible to the rest of the mainland. A Washington Post article from March 2018 states, “Nearly 500,000 people left Puerto Rico for the mainland during the past decade according to Pew Research center…”

This Textile installation, Al Otro Lado del Charco/On the other side of the puddle, explores the everlasting historical significance and cultural tradition of the needle work “Mundillo of Puerto Rico.” As a means to encourage and uplift mundillo artisans, I closely worked and support needleworkers/artisans living in PR and the Disapora. I am interested in connecting with the generation of needleworkers in the mainland, whom continue to celebrate their culture and heritage by teaching, producing mundillo in and outside of PR.

Below are my collaborators:

Posted by Missartzy at 7:46 AM No comments: 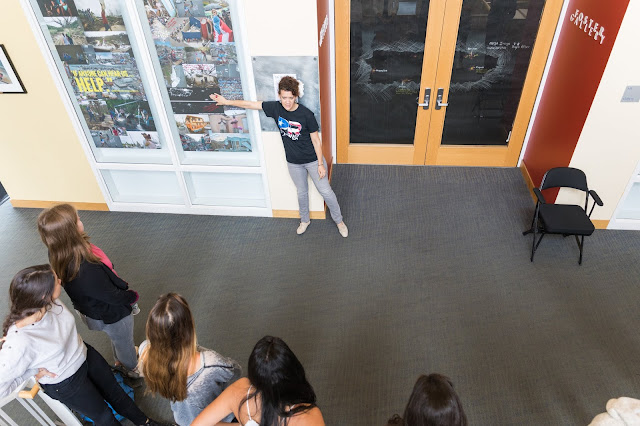 Many great things happened during my time at the Nobles and Greenough school artist in Residence. Where I spend 9 weeks on campus, producing and engaging with the students and faculty on campus.

Image above was of my two day happening entitled: #InDarkness to commemorate the 1 year after Hurricane Maria Devastated the Island of Puerto Rico. The entire gallery was darkened and a 4 min sound looped inside- mimicking hurricane winds, silence of the eye of hurricane, hopeful sound of the coquies singing, and the generators that disturbed many at night. All in hopes to create an emotion and create empathy and understanding.
The advance photo class collaborated with me in creating the collages of images documented of the devastation in PR. We talked about authenticity of the photographers, who was taking the photos, and whom & what was being presented through the images. 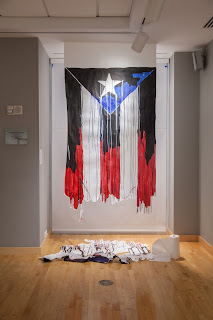 On site Paper installation of #InResistance
The Black and White Puerto Rican flag is seen as a sign/symbol of mourning and resistance.
according to google: It emerged from a group of artists on the island in 2016 to express a state of mourning the island has been experiencing since the US government imposed a federal control board with power over the commonwealth’s jurisdiction.
Black and White mark the approval of Puerto Rico’s oversight, management, and economic stability Act; also known as PROMESA. Signed by US congress and signed into law by president Barack Obama.

I made this flag as a symbol of resistance & mourning. It cries and bleeds as the struggle continues and devastation after hurricane Maria on  September 20, 2017 made visible Puerto Rico’s Colonial Status.
This flag aims to remember La Ley de la Mordaza, 9 years where it was a felony to show or hold a PR flag.
This flag aims to remember those whom spent many months in darkness and suffer today due to the consequences of colonialism. 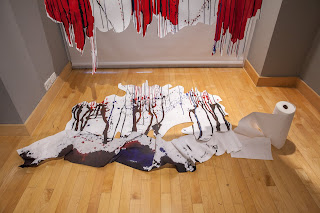 My self published book Puerto ameRican: The untold story of Pedro Albizu Campos, Angel Ramos Torres & the U.S. aims to explore narrative structures by recovering the suppressed or forgotten histories of my Puerto Rican heritage. Violence, secrets kept by the US government, murder, conspiracy, and torture occurred because of a large group of individuals wanted to gain independence from the United States. I did not grow up learning about this dark history and my personal family connection with the Nationalist Party of PR, as it was silenced by fear for three generations. My book explores by historical research and image making to share my family’s story. 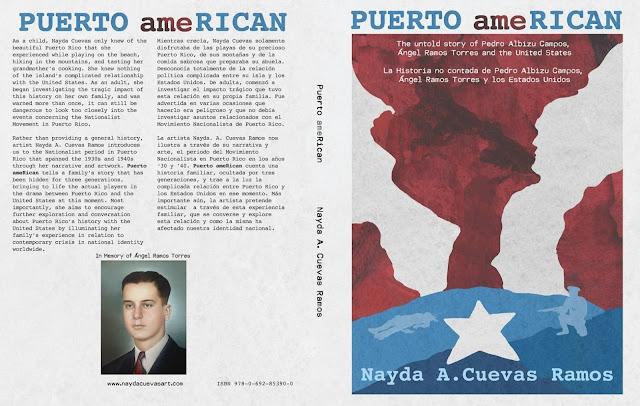 Completed during my time at the art resedency. 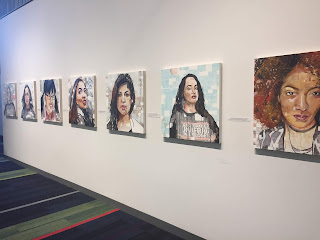 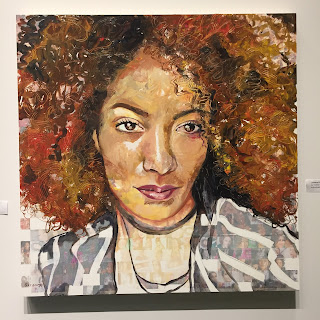 Patricia Valoy- Patricia is a Latina feminist activist and blogger, and a Civil Engineer who promotes STEM education for women. She received her Bachelor of Sciences from Columbia University, where she concentrated in Construction Management and Structural Engineering. She combines her experiences as a Latina, a feminist, and an engineer to advocate and inspire girls considering careers in the fields of STEM and speak on transnational feminism. Patricia’s work mostly revolves around the Latino/a community, feminism, cultural identity, gender stereotypes, and workplace sexism
Alexandra Ocasio Cortez- an American politician, educator, and political activist. On June 26, 2018, Ocasio-Cortez won the Democratic primary in New York's 14th congressional district covering parts of the Bronx and Queens in New York City, defeating the incumbent Congressman, Democratic Caucus Chair Joe Crowley, in what has been described as the biggest upset victory in the 2018 midterm-election season. Ocasio-Cortez is a member of the Democratic Socialists of America and has been endorsed by various politically progressive organizations and people.

Sabrina Gonzalez-Pasterski- By the time Sabrina Gonzalez Pasterski (Cuban-American) was 13, she had learned how to fly a plane, built her own aircraft, and flown it solo. Since then, the aeronautical wunderkind’s academic career has similarly taken flight. Pasterski earned an undergraduate physics degree from MIT in three years with a perfect GPA and is now a Ph.D. candidate in physics at Harvard’s Center for the Fundamental Laws of Nature.

Sarai Gonzalez- She made her professional acting debut at the age of 11 on the Spanish-language "Soy Yo" ("That's Me") music video by Bomba Estéreo. Cast as a "nerdy" tween with a "sassy" and "confident" attitude, her performance turned her into a "Latina icon" for "female empowerment, identity and self-worth". She subsequently appeared in two get out the vote videos for Latinos in advance of the 2016 United States elections. In 2018 she co-authored several volumes in a semiautobiographical chapter book series for children aged 7 to 10.

Carmen Yulin Cruz- is an American politician who is the current mayor of San Juan, Puerto Rico
Hurricane Maria lifted a “veil from our eyes”, said Carmen Yulín Cruz, her broad smile and warm manner belying the steely edge to her voice. “We are awake to our inequity – and our inequality,” the mayor of Puerto Rico’s capital city of San Juan told the Guardian on a recent visit to a political summit in Baltimore. 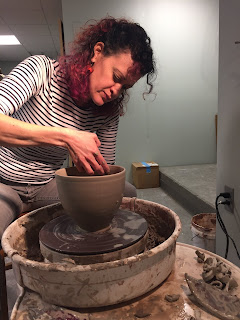 I was also able to do ceramics which I had not done in 10 years. This medium allows grounding in my art process. 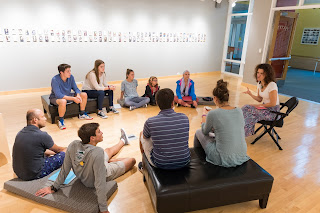 I was able to meat with many students 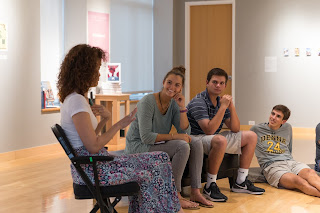 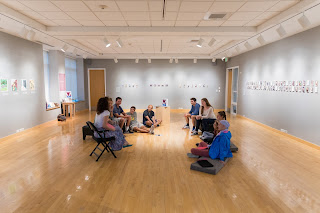 An Amazing Experience! And Extremely productive.

Posted by Missartzy at 8:07 AM No comments: